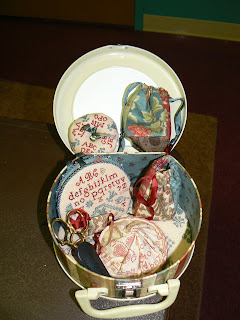 We had a wonderful, productive meeting this past week. Highlights (at least, everything I was able to write down) were –
We are up to 97 members, and aiming for 100 by the guild’s 10th anniversary in April.

We discussed the possibility of celebrating the 10th anniversary by having a tea at the Dallas Arboretum, and having a special piece by Amy Mitten for the occasion.

We will have a new meeting place for August – Compass Christian Church. I do not have an address at the moment, but will post one as soon as I do.

We had so many finished objects brought to the meeting that they filled 2 tables! I am trying to put some of the pictures I took here – I’m learning on the fly 😉 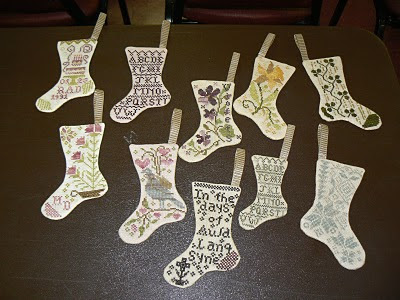 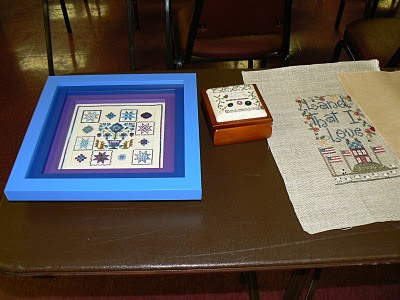 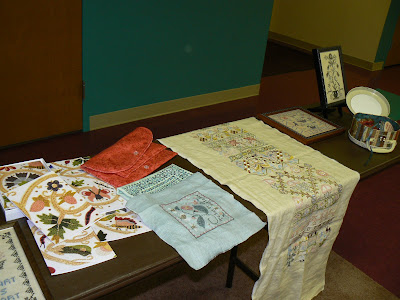 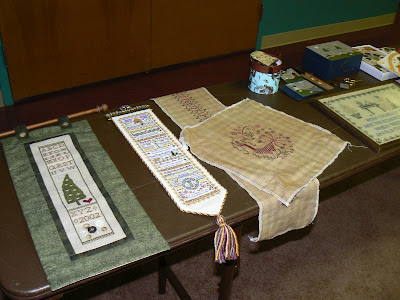 The program for the June meeting was a wonderful talk by Anne Tuley on Mountmellick embroidery – just beautiful!

July – no meeting
August – a talk on the Tudors
September – our annual sale
October – a lecture/slide show on Tennessee Samplers
November – work on the Christmas ornament, designed by Gloria Moore of Milady’s Needle
December – Holiday party at Ava Terry’s house

That’s all for now – please forgive the odd placement of photos; I’ll get better, I promise.